We are dedicated to the cause of sentencing reform.  America’s correctional system is deeply flawed.  The damage wrought by current policies of mass incarceration damage us economically and socially.

We need criminal justice and sentencing reform that focuses on rehabilitation of non-violent offenders and programs that will reduce future recidivism.  it’s not just for the inmates…it’s for all of us.

“My humanity is bound up in yours, we can only be human together”

We, as a nation, cannot continue to dehumanize people as we currently are in our age of mass incarceration without losing our own humanity.  We need to see inmates as people- people with families, friends, pasts AND futures. 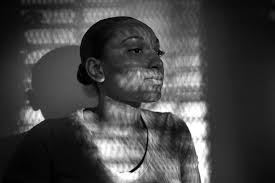 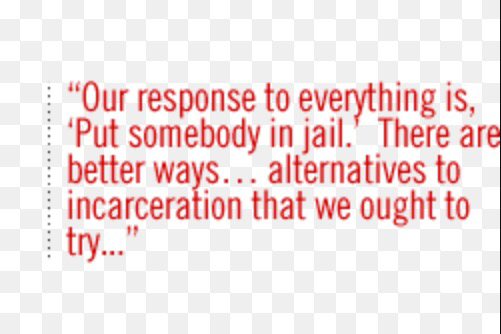 Federal prosecutors believe that crime would spike and society would suffer in response to sentence reform. The National Association of Assistant U.S. Attorneys says elected officials should make no such change to our legislation system. Steve Cook, the association’s president, predicted the crime rate would rise and prosecutors would lose a tool to extract information if laws were made more lenient. Rather than focus on reducing sentences, he said, the government should consider building more prison facilities.

The U.S. has the highest number of prisoners in the world at about 2 million; with this being said we shouldn’t be building more prison facilities but reallocating those funds for rehabilitation programs. Federal prosecutors believe crime would spike but so would the taxes which we pay. If this nation keeps incarcerating men and women for unnecessary offenses, we the taxpayers are going to have to footing the bill.

What Steve Cook and other sentence reform critics fail to see is that if we tighten our laws anymore we will have outrage. All 2 million families of the incarcerated have a voice, and just like you and me they deserve to be heard. Building more prison facilities isn’t going to solve the problem, it’s just going to slap a band aid on it. The underlying issue still remains strong as ever. 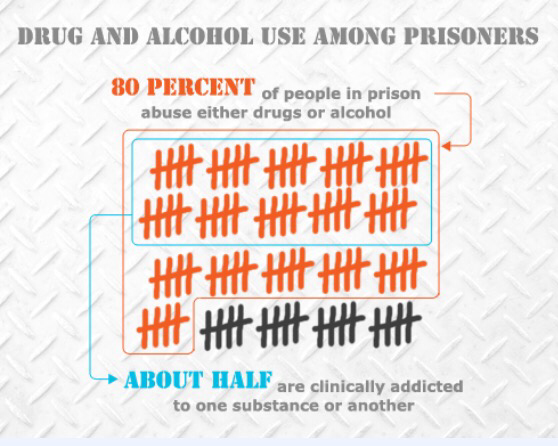 Putting people in prison is remarkably expensive, and long sentences mean big bills that last and last. In 2008 alone, states spent $47 billion on corrections.[4] That’s money that could be spent on a number of other vital community needs, including:Education, Infrastructure, Libraries or museums,Clean water,Disaster preparedness,Antiterrorism.

So many innocent lives have been thrown away due to unjust incarceration rulings. As a society we are taught to scold, ostracize and dehumanize those shackled by our criminal justice system. We as a nation are taught to hate criminals. But the same people we are shunning from society are the ones who birthed us and raised many of us.

Life is full of second chances, and that’s what this sentence reform bill is for those incarcerated. A second chance on life…hope. 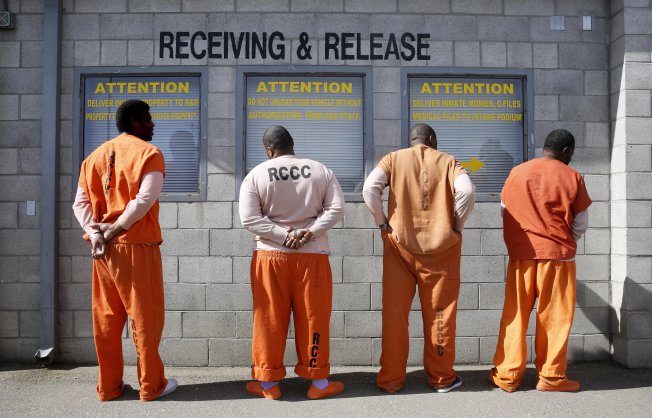 The American judicial and justice system contains poor policies. Many people serve their sentence in the prison system without judicial cases. Others have undergone conviction due to petty crimes that require them to serve short periods. However, such individuals remain in prison for a longer period compared to their actual sentence. The American sentencing system remains to offer unfair sentence to inmates. Therefore, the criminal justice should undergo reform to create justice among the inmates. The statistics from the national survey states that the prison population has grown by over 800% compared to the country’s initial population that has only increased by 33% (Mortimer). According to overall statistics, the country’s population figure forms 5% of the world’s population with 25% acting as prisoners. The prison population growth rate has increased within a period of three decades since the year 1989 (Mortimer).

The increasing record comes from the explosion panic on drug addiction towards marijuana, heroin and alcohol that took place in the 1980s. The tripping point occurred when the country experienced a crack cocaine storm. The Congress introduced a compulsory sentencing to the abusers to five-year sentence. Since 1980s the huge composition of the prison population come from the drug abusers and addicts. The sentence contains unreasonable punishments to the inmates. Those who come out of prison end up in worse conditions compared to how they joined the prisons. The industries and the employment sectors fail to employ ex-convicts since they consider them dangerous. The Congress has done nothing for the past two decades to improve the status of ex-convicts in the society. They remain to handle their fate without help from the government.

The states justice department should reduce sentences on drug abuse. Serving more than 25 years for making sales on pain pills to a colleague turns out to be unrealistic. The justice department should reduce the years and change the sentencing policies that give the federal justice powers to pass such sentences. Other sentences that the state should change include the ones charged on fraud artists, tax evaders, and thieves. However, the individuals should be subjected to severe penalties in case they retrogress. The only individuals that should undergo serious charges and penalties should be the violent and dangerous drug traffickers. Such individuals cause chaos and may affect the rights to life of the citizens in the country. The federal reforms should inculcate a program that enables the ex-convicts to re-enter the society and gain full control of their lives.

The state spends more than $59 billion a year on prison services (Mortimer). Good reforms shield the states against having huge expenditures on the inmates. The states should reject the aspect of building new prisons and focus on improving the current status of the available prisons through reform programs. The federal programs should ensure that they focus on training the prisoners on how to improve their livelihood in case they come out of the prisons. Most of the prisons should ensure that they introduce a probation system that prevents most people from going to prison. Probation enables a convict to undergo a positive change in behavior. It also enables the state to save more than a quarter of its prison budget and channel the money to other state projects. The states should also train their prison wardens on how to handle the convicts while serving their sentences. 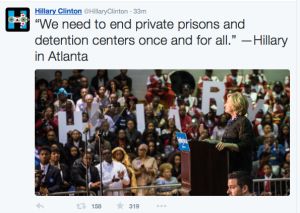 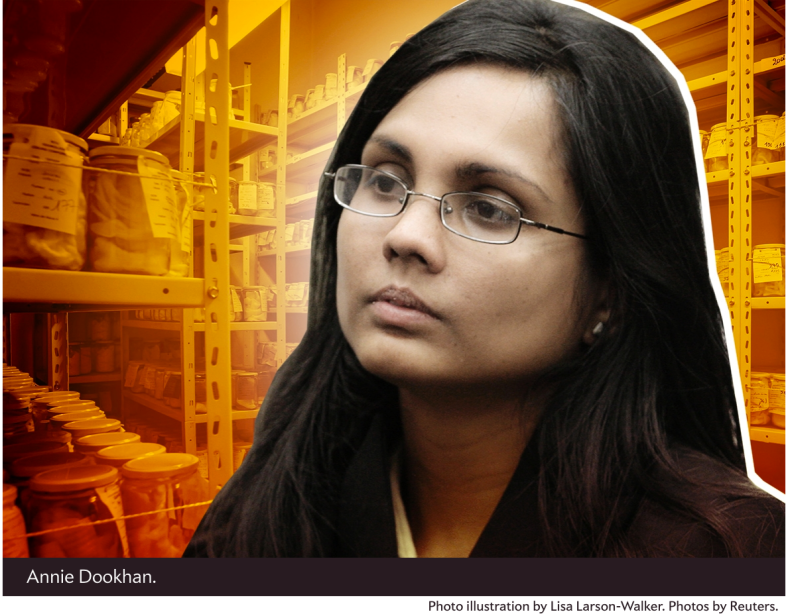 Of course, this is an extreme case of criminal activity within the criminal justice system- but it is also just the one who got caught.  We can never know how many people are wrongfully imprisoned because of such tampering. 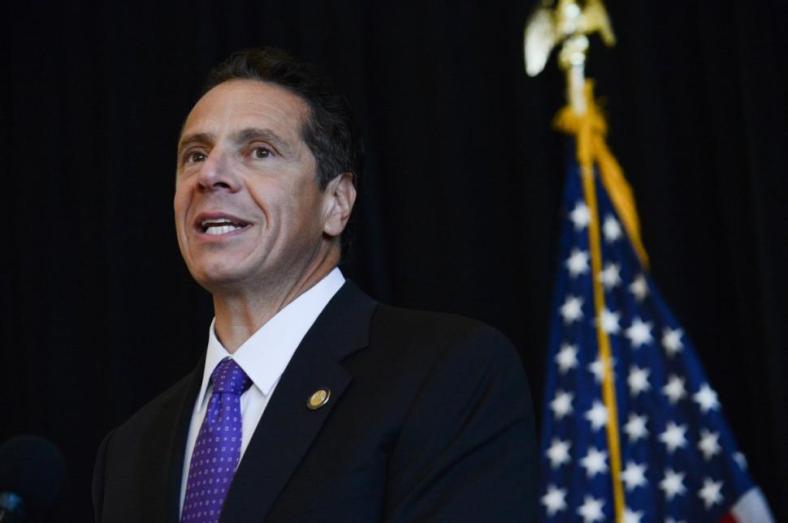 A rare occurrence: a politician using his power to HELP America’s incarcerated!  New York’s Andrew Cuomo has enacted new policies to help ex-cons re-start their lives and give them a better chance at becoming productive, fulfilled members of society: the “Fair Chance Act”.  Read more here.

America spends billions on it’s prison system…but shrinks from funding vital and necessary reentry programs. People often don’t consider the incredible difficulties released inmates have to deal with when reentering society, and the general lack of quality programs and resources to aid in that societal reintegration.
Quality reentry programs are proven to reduce recidivism. Why are they not getting more funding?

Calls to and from inmates at America’s correctional institutions have long been an exorbitant expense for the loved ones of inmates.  These mothers, wives, husbands and children of the incarcerated have had to spend hundreds if not thousands of dollars a year to speak with their loved ones.

I have personally felt the sting of expensive correctional calls: in one month, I spent about $150 on phone calls, getting a 15-minute phone call every other day.  For every $20 I deposited into my phone account for the inmate to call me, $6.95 of that was eaten up immediately in “administrative fees”.

This month, however, the FCC did right: it capped the cost of correctional phone calls.  Read more here.

Captivating read about how a personal experience can change opinions, and even change lives.

Incarcerating non-violent drug addicts costs the taxpayer and does nothing to reduce recidivism. Rehab or drug courts are a fraction of the cost and reduce recidivism rates by more than half. #commonsense #sentencingreform #addiction #reform #criminaljustice
Marc Clark was released from prison 6 months ago- after 22 years for a nonviolent drug offense- due to clemency granted by Obama. Now he faces an incredible challenge adjusting to life "outside" after decades in a federal prison. (@washingtonpost) #criminaljusticereform #drugoffender #clemency #sentencingreform #obama #rehabilitation